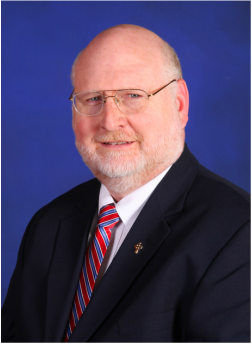 Why is H. Powell Dew, Jr. running for Congress?
Like many other Americans, I have become dismayed at the direction our Nation has taken over the past decade.  I could not be a part of the solution unless I was actively involved in the process.  I could not change the outcome of the game unless I was participating on the field.  I could scream, rant, fume, complain from the stands, write letters to the editor, but I would never be able to make a difference unless I was involved in the decision making process.  That is what first drew me into the local political arena in my hometown, Stantonsburg.  I wanted to be a part of the decision making process.

Over the past few years, I felt there was more that needed to be done besides what I was doing where I live.  Yes my involvement has helped my town and community.  But the issues facing our nation will not be solved on the local level.

What we see happening today would cause my grandparents to be in utter shock.  The moral bedrock upon which our nation has been built – the ancient landmarks – are slowly but steadily being eroded by the well meaning but misguided liberal agenda.  Sometimes the erosions of our landmarks are intentional.

There has been a slow steady discontent in my spirit concerning our nation.  If SOMEONE does not step up and enter the arena of Washington DC where our nation’s laws are written and our budget is being crafted, and hold the line – we can say good bye to the America we grew up in – if it is not already too late!

When I saw there were NO other Republican candidates willing to step up and challenge G. K. Butterfield in our newly formed district 1, I felt compelled to step up to the task.  It is the right time in my life to enter the fight.

I realize I am running against a 12 year incumbent who has represented the Democratic Party very well.  He has faithfully supported the polices and programs of President Obama.  He has voted for Obamacare and supported the recent Iranian Nuclear Agreement.  He has criticized North Carolina’s attempt to protect the integrity of our elections by requiring an ID when a person votes.

In many ways this will be a “David vs. Goliath” campaign.  G. K. has hosted many meetings in our communities and had his picture taken with various people and projects in the district. He has a fully funded campaign chest ready to take on ANY and ALL challengers.  He has accepted support from numerous Political Action Committees in Washington DC.  The political machine in DC wants to keep him there!

I am not planning to stoop to the level of insulting my opponent in this election.  I don’t know about you but I am thoroughly disgusted with how disrespectful and degrading our political process has become – both Democratic and Republican.

It is time for our District to have a conservative Christian Republican representing us in Washington DC.

I sat down recently and read through the NC Republican 2015 Report of the Platform Committee.  I agree 100% with that document.
I don’t know about you, but I think it is high time we sent someone to the US House of Representatives that is a member of the clergy that is willing to stand, even if it is alone, to hold other representatives to a higher moral standard.

What I am going to promise you is that I will do my best to represent:

First –        My Lord and Savior Jesus Christ at every opportunity I am afforded.
Second –    I will be faithful to my wife and family.
Third –       I will try and represent my district fairly, honestly, and with integrity and conviction.

If I am elected, I know I will not be able to please everyone in my district.  But I will remain steadfast with my convictions and will not waiver.  I will strive to work with every group in our district to help our communities address their challenges and seek to find solutions.

I do not come to this decision to run for the US House of Representatives lightly.  I know it will require a considerable amount of time and money to let the people in my district know who I am.